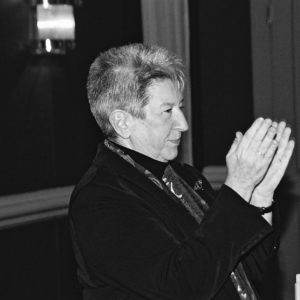 The MLA is deeply saddened by the passing of the Argentine writer, literary critic, translator, and teacher Sylvia Molloy, who was born in Buenos Aires in 1938 and died on 14 July 2022 in New York at the age of 83. She was well-known as one of the most influential scholars of Latin American literature and culture. Molloy graduated with her PhD in comparative literature from the Sorbonne in 1967. She was Albert Schweitzer Professor of Humanities Emerita at New York University, where she taught Latin American and comparative literatures and where she created the MFA in Creative Writing in Spanish, which was the first program of its kind in the United States. Molloy also taught at Yale University and Princeton University and was the first woman to gain tenure at Princeton. She was a fellow of the Guggenheim Foundation, the National Endowment for the Humanities, the Social Science Research Council, and the Civitella Ranieri Foundation. Over the years, Molloy held a range of positions with the Modern Language Association, including serving on the PMLA Editorial Board (1988–92) and on the Executive Council (1994–97), before becoming president of the MLA in 2001. She was an Honorary Doctor of Humane Letters from New York University and was awarded the title Doctor Honoris Causa from Tulane University. Molloy was recognized for being one of the pioneers in addressing issues of LGBTQI+ culture in her literary works and in exploring autobiography as a genre. She wrote numerous novels, essays, and critical works, including Hispanisms and Homosexualities (1998, with Robert McKee Irwin); her first novel, En breve cárcel (1981), which became a queer-literature icon; Varia imaginación (2003); and many others.