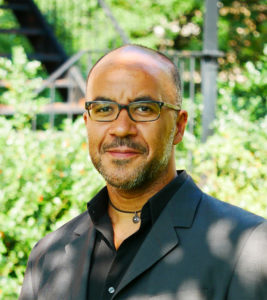 At its October meeting, the MLA Executive Council appointed Brent Hayes Edwards, Peng Family Professor of English and Comparative Literature at Columbia University, to serve as the next editor of PMLA. His term begins in July 2021 and runs for three years. Edwards’s research and teaching focus on topics including African American literature, francophone literature, theories of the African diaspora, translation studies, archive theory, black radical historiography, cultural politics in Paris in the 1920s and 1930s, surrealism, experimental poetics, and jazz. He is the author of the award-winning books Epistrophies: Jazz and the Literary Imagination (2017) and The Practice of Diaspora: Literature, Translation, and the Rise of Black Internationalism (2003) and has published scholarly editions of Frederick Douglass’s My Bondage and My Freedom, Joseph Conrad’s Nostromo, W. E. B. Du Bois’s The Souls of Black Folk, and (in collaboration with Jean-Christophe Cloutier) Claude McKay’s Amiable with Big Teeth. Edwards has translated work by writers including Edouard Glissant, Aimé Césaire, Jacques Derrida, Jean Baudrillard, Sony Labou Tansi, Monchoachi, and Michel Leiris. He served as coeditor of the journal Social Text from 2001 to 2011, and in 2012 he was named the Harlem Renaissance period editor for The Norton Anthology of African American Literature.

MLA Executive Director Paula M. Krebs remarks that Edwards brings to the position “a wide range of scholarly interests, from literature and theory to popular culture and diaspora studies. His journal editing experience and history of collaborative work make him the ideal editor for PMLA at this important time in the journal’s history.” Says Edwards, “I am honored and excited to serve as editor of PMLA, given its longstanding centrality to the field and its crucial role as an incubator for new scholarship. I look forward to working with the extraordinary staff and with colleagues on the Editorial Board to shape this new chapter in the history of the journal.”

Edwards will be the ninth editor of PMLA, succeeding Wai Chee Dimock, who has been editor since July 2016.