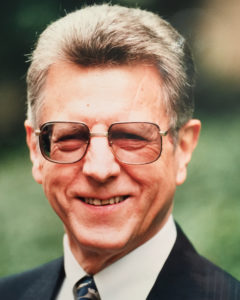 The MLA mourns the passing of Theodore Ziolkowski, former president of the MLA and Class of 1900 Professor of German and Comparative Literature at Princeton University. Ziolkowski was a renowned Germanist and comparatist, a prolific author, a musician, and an athlete. He was born into a multilingual family in Alabama in 1932 and exhibited precocious scholastic abilities, earning his bachelor’s degree from Duke University in 1951 at the age of eighteen and his master’s degree, also from Duke, one year later. Alongside his academic achievements, he was a formidable football player and an accomplished jazz trumpeter, playing music professionally into his early thirties. He received his PhD from Yale University in 1957 before teaching briefly at Columbia University and then at Princeton, where he spent the majority of his career. He was the author of dozens of scholarly tomes on German and comparative literature, including Dimensions of the Modern Novel: German Texts and European Contexts (1969) and Virgil and the Moderns (1993). His book Fictional Transfigurations of Jesus received the National Book Award in 1972, as well as the MLA’s prestigious James Russell Lowell Prize. He served as president of the MLA in 1985.