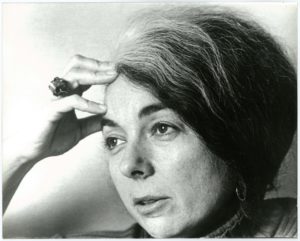 The MLA mourns the passing of former MLA president Florence Howe. A pioneering scholar of feminism, Howe began her career in the 1950s and carved out a space for the discipline of women’s studies at a time when academia was overwhelmingly dominated by men. In 1970, she cofounded Feminist Press with her husband, Paul Lauter. What began as a small operation run out of their house in Baltimore quickly became an indispensable feminist institution that published or republished works by Zora Neale Hurston, Charlotte Perkins Gilman, Barbara Ehrenreich, and Alice Walker, among many others. Feminist Press continues to publish through the City University of New York and is celebrating its fiftieth birthday in 2020. Howe was the author and editor of numerous books and articles, including Myths of Coeducation, a 1984 volume of her selected essays on the rise of women’s studies. In addition to her myriad contributions to scholarship, Howe was active in the civil rights movement. She organized against segregation in Baltimore in 1963 and traveled to Mississippi during the Freedom Summer of 1964, where she helped open the Freedom School for Black Children in the basement of a Jackson church, an experience she wrote about for the Harvard Educational Review. Aside from her term as eighty-third president of the MLA in 1973, Howe served on the Commission on the Status and Education of Women from 1969 to 1971. You can read more about Howe’s life and legacy here.