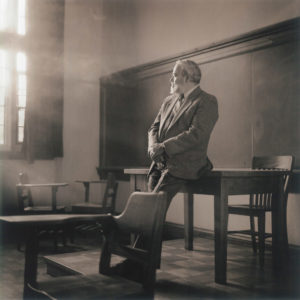 The MLA is deeply saddened by the passing of Mario J. Valdés, former president of the MLA and director of the Centre for Comparative Literature at the University of Toronto. Valdés was a distinguished scholar, colleague, and leader whose ambitious and wide-ranging contributions to the study of literature are recognized as landmarks of comparative literary history. His commitment to humanistic inquiry was indisputable: in the 1960s Valdés and his wife Maria Elena traveled to Franco’s Spain, where they secretly photocopied the papers of the philosopher Miguel de Unamuno and smuggled them to Canada by mail. Valdés’s publications included not only works on Unamuno but essays and books on phenomenology and hermeneutics in literary studies. After becoming director of the Centre for Comparative Literature in 1978, Valdés brought a series of outstanding literary scholars to the University of Toronto, including Paul Ricoeur, Fredric Jameson, Tzvetan Todorov, Gérard Genette, and many others, helping to establish the Centre’s international reputation. In addition to his term as president of the MLA in 1991, Valdés was a member of numerous committees, including the Program Committee (1992–95) and the Nominating Committee (1998–99). You can read more about his life and career here.